Wow...what an awesome weekend.  We did almost ALL of my favorite things in the same weekend.  Projects, home improvement, painting, shopping, and biking (with our brand NEW bikes)!! 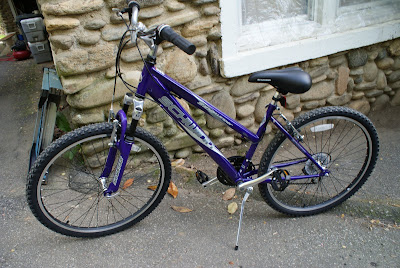 My new Schwinn, I love it! 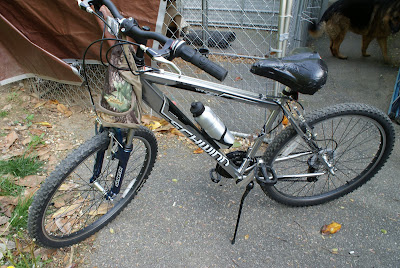 Hubby's new Schwinn, he loves his too!
We took a long ride from our house to where we work to time how long it will take us.  Its gonna take me around 45 minutes.  Then its questionable how I will smell, so I'm not sure if that's gonna be a good idea.  ﻿I can probably get away with it for the next month while its still in the low 50's here in the morning.  We'll see...with gas sky-rocketing I'm not totally ruling it out.  We are going to try a couple different routes.  There is one killer hill that if we could avoid would make it so much easier.
Next...on to the dining room remodel.  Hubby's Great Aunt passed away about a year ago.  His grandmother was given her dining room suit and she passed it on to us.  It is beautiful!  I'm sure what type of wood it is, we are thinking pecan.  We moved our stuff out on Thursday and brought hers in on Friday.  It was a lot of heavy lifting but I love the result.  I wish I had taken some "befores" but I totally forgot.  But, here are the "afters"! 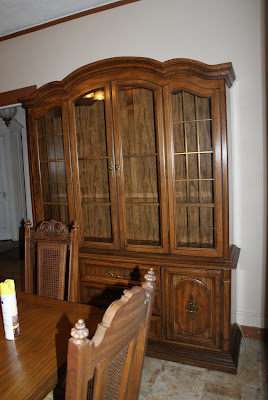 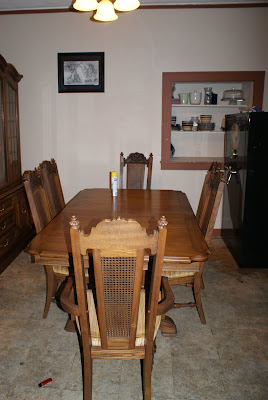 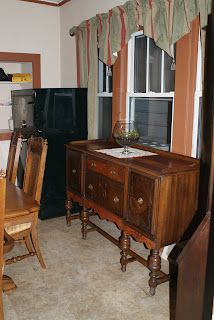 Buffet
I began with some furniture polish, but then we went to Lowes to pick up up a few things and I found this: Watco Rejuvenating Oil.  It worked beautifully.  That stuff cleaned up better than a month of Lindsey Lohan in Rehab.

Here are some pictures of the clean-up process: 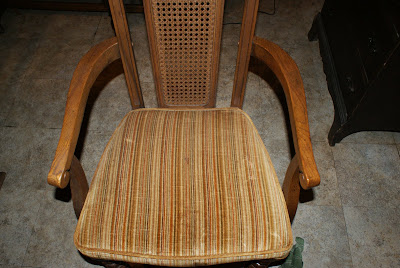 Right side "rejuvenated" Left side untouched. 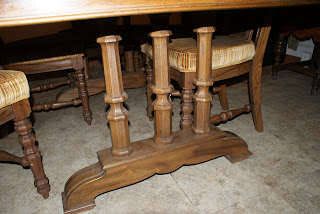 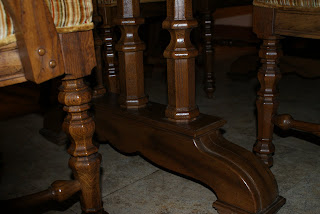 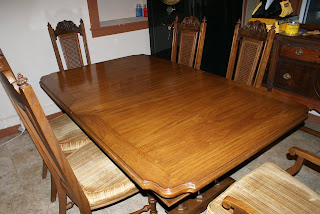 Table after rejuvenation
After all the oiling of the furniture I began putting my dishes in the china cabinet and organizing some other things around the room.  I pretty much just tossed some things around to make it look a little decorated but nothing permanent.  Here is the finished room: 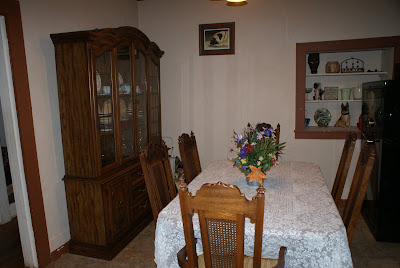 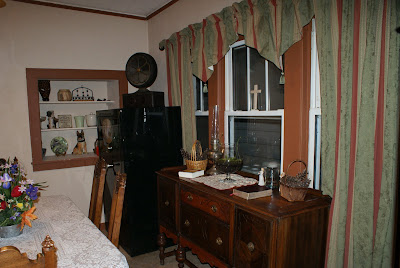 Moving that gigantic gun safe was the hardest part.  That thing needs desperately to be in our basement.
But, at 1000lbs, we can barely slide it around in this room.
﻿We are totally broke but this weekend I picked up a few "project pieces" that I am going to begin working on.  I also got my new DeWalt drill which deserves its own post, some new shoes, groceries, and some other stuff from Lowes.  I think I've kept them in business these past few months.
Reba also had her litter of dachshund puppies!  I've been not-so-patiently waiting and on Friday when I was busiest at work she started having the puppies.  It took her over half the day but she did wonderfully.  They are all three females.  Here is a picture of their one day old cuteness. 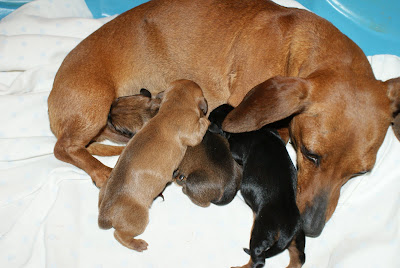 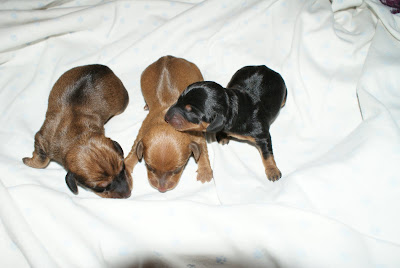 First I must give an awwwww at those puppies - adorable I would keep them all :+) seriously. I'm loving the new furniture, it shined up great... although I'm not going to lie I am scratching my head at one thing...

You ready? Why is there a small photo hung on the wall higher than the buffet?

No really that's my question :+)

PUPPIES! I need to make a mandatory trip to see these guys next time I'm nearby. They're toooo cute!!

That dining room set looks great! Props to you for polishing all that wood. I would have quit halfway through. Too much work.

They have a Schwinn store in Johnson city. I've been wanting to go by and just look at what kind of biking stuff they have. I'm too broke to take it up as a hobby right now, but maybe one day.

oh wow - i'm jealous!! That polishing did an AWESOME job - i need to give that a try!!!
I'm still in the MIDST of my one project - still on the "sanding" part of it, which i despise! LOL!