This weekend we took a little road trip to Cherokee and Pigeon Sevierville, TN with my family.  We met up with my parents for a little gambling at the big casino in Cherokee.  It was a lot of fun.  I came back with a small piece of paper worth a penny.  Hubby ended up in about the same boat.  Thankfully we were smart enough (I guess) to know when to say when.  At least we had money to get food & gas. ; )
My parents have been a couple times this year and they are getting pretty good at those machines.  They both won a little chunk of change and we left before things got out of hand.  It was a blast!


We then drove across the mountain to Pigeon Forge/Sevierville area to spend the night.  They had rented a three bedroom house with an indoor pool and hot tub.  We have stayed there so many times its beginning to feel like home away from home.  First we played a few games of pool. 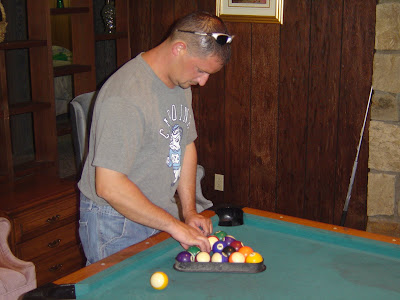 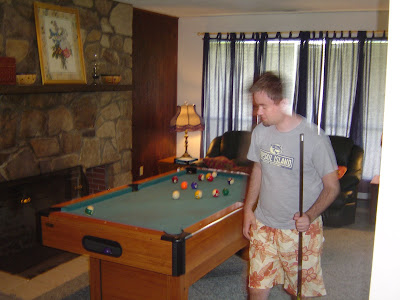 Blurry shot of lil' bro. (Not sure who won this round) 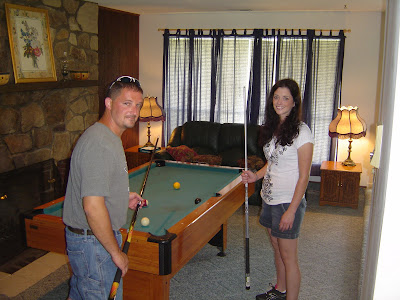 Daniel and I played a game.  I won, but only because he scratched on the 8 ball.
He would have beaten me otherwise. 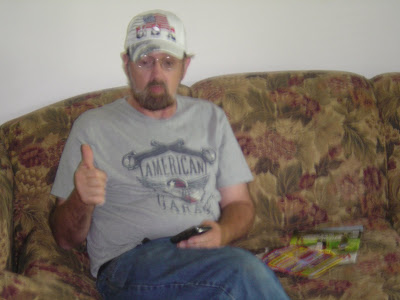 Dad, chillin' on the couch, texting as usual.
Then we headed out to the pool and hot tub.  Mom laid in the sun to catch some rays, for about 15 minutes until it came a downpour. 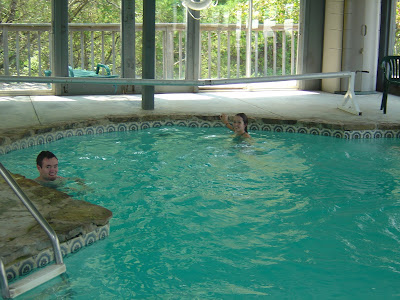 Zach and Ashley swimming in the pool.  The indoor pool there is awesome. 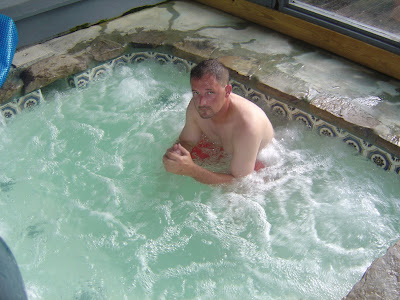 Hubby chillin' in the hot tub.  I couldn't wait to join him-hence no more photos.
After a hard day of sleeping late, swimming and shooting pool we headed over to The Chop House where my wonderful parents treated us to a feast.  We ate a huge plate of the biggest onion rings I've ever seen and then seafood bisque or salads.  Most of the guys had steaks as well as Ash (she has to eat gluten free so any of companies out there want her to try out your products, just send them this way!).  Mom had tilapia an﻿d I had the seafood fettuchini with lobster, shrimp and scallops..mmmm divine!   Then we headed back to the house for a movie and bed.  It was a great weekend. 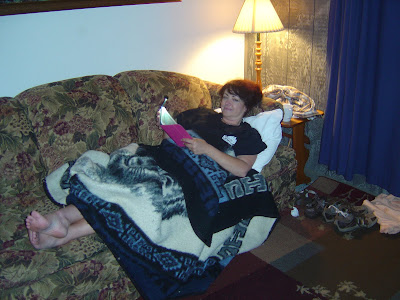 Mom with her Kindle... 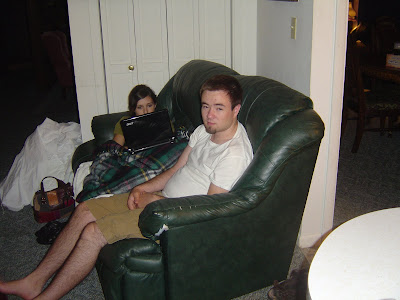 Zach and Ash on the couch.  Nice face there Zach.  I think they were all a little tired of me taking pics.  Hey..I like to preserve memories. : )
All in all it was a pretty fun weekend.  Hope we can do it again sometime.  Maybe next time we can bring home some winnings! ﻿
P.S.  I was suppose to pick the winner of the Denby dish on Friday but forgot due to my gambling.  SO...you guys have until around 6pm to get signed up for the giveaway.  As well as the Big Kichen giveaway because I was never contacted by the winner.  SO...get to leaving comments!  There's also the Cocoa Cardio giveaway but you have more time for that one.   I also have another giveaway coming up this Friday so make sure to check it out as well.
Posted by Unknown at 3:06 PM

Thanks for sharing the info..I was looking for that…