The annual NC Mountain State Fair was so much fun!  My parents met us there and we spent a few hours feeling like a kid again.

We first walked through all the stables and looked at the cows, horses, chicken, etc. 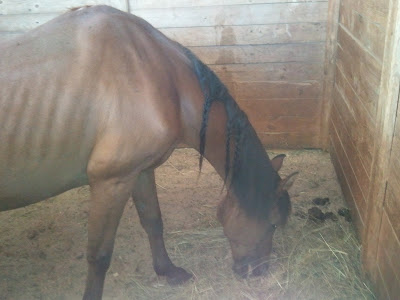 I thought at first that this was Secretariat but then saw that he was actually a county police horse. 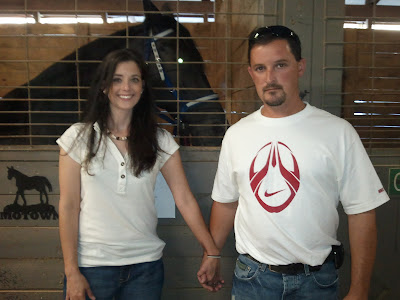 This one was a real sweetie.  And his nose was so soft.  He was geared up and ready to roll in case any trouble broke out at the fair.  We did see some officers riding them around as it got later in the night. 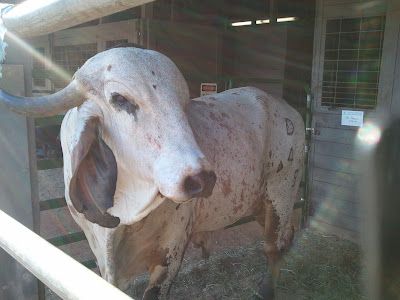 This guy looked mean but was actually a pushover.  I got to rub his big nose. He was so sweet.  Never thought I would say that about a bull. 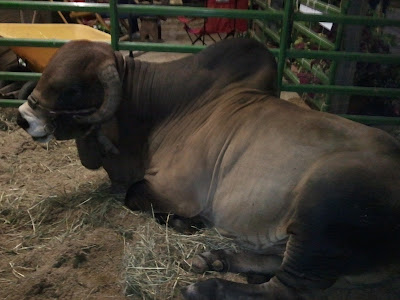 This big fella has been at the fair every year that I've attended.
I kind of feel sorry for him.  All he can do is pretty much lay there.  He doesn't have a stall to get in and not really enough room to stand up and move around.  He is enormous!
After animal viewing we decided to go check out some of the crafts.  While my mom and I were looking at these gigantic pumpkins (I'm talking the size of a smartcar) and watermelons my dad and hubby got bored and went back outside to look around.  A few minutes later we went out to find them and I was found hubby playing "those games" you know, the ones where you loose all your money trying to throw a baseball into a basket, or knock over some bottles.  I'm married to the professional at those games.  I have SO many giant stuffed animals, you wouldn't believe.  I carried a dolphin around SeaWorld....in the rain for hours. 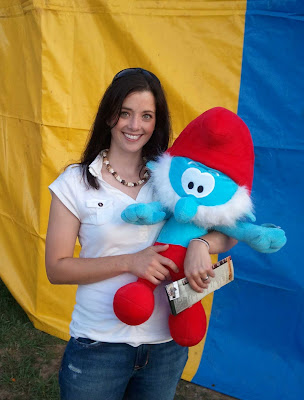 Yep, Papa Smurf!  I love him.  I grew up in the 80's what can I say but-It was just Smurfy.  He popped a lot of balloons with darts for him. :)
Next, we rode some fun rides and petted some more animals.  The chairlift was awesome, you could see everything and everyone.  As we were riding I looked down and drooled on a few people over the signs of corn dogs, funnel cakes and ribs.  There's nothing like fair food. 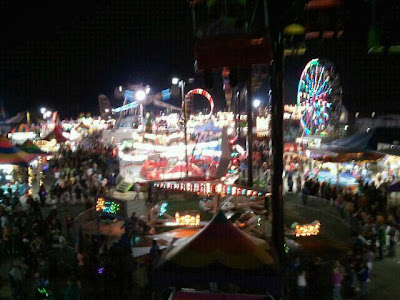 I was a little scared on the swings at first but once we got moving it was awesome. I felt like a little kid again 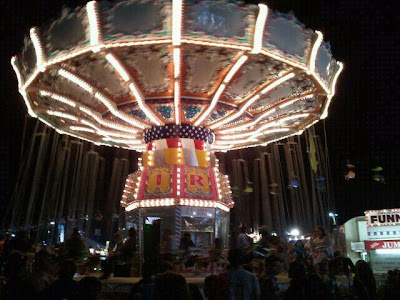 .
The petting zoo was too cute.  This little guy had it figured out.  I think people should have been giving him quarters instead of food.
He obviously knew the process. 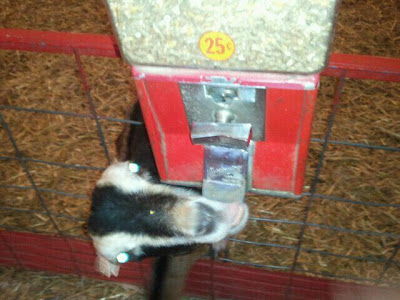 The lama tried to kiss hubby, or wanted to snuggle. 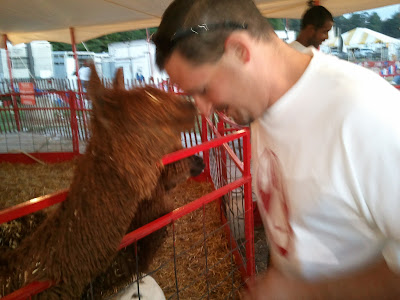 I kept trying to give the camel a carrot but he must not have liked my perfume.  He kept walking away.
This was the millisecond he stood next to me. 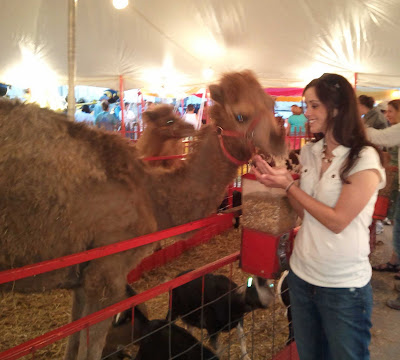 After all that we loaded up on fair food and headed home.
When we got back to the car I looked like this: 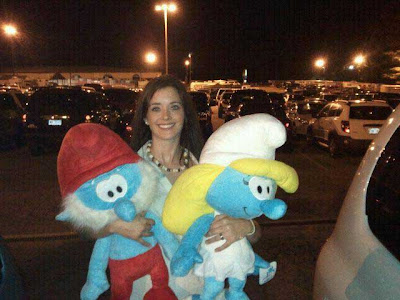 Of course when we went back by and saw Smurfette I HAD to have her. Hubby let me throw a few darts, I missed 1 and let him take over.  He won again!  He's an expert. It was such a fun night.
Anyone wanna go see Smurfs in 3D?
I think that will be our next smurfy adventure.
Posted by Unknown at 4:23 PM

You guys are too cute, oh and I LOVE the photo with the goat and the machine hilarious :o)