I'm going to take partial credit for this fun and cute fall decoration.  But, I also have to give a little credit to the folks at Lowes who came up with the foundation for the project.  I just think mine is better because it will last forever.

First, you begin with a large styrofoam ball.  I used an 8". 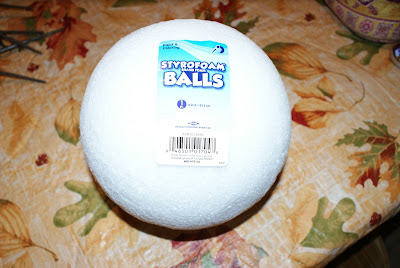 Next, I purchasd about 8 stems of artificial mums. 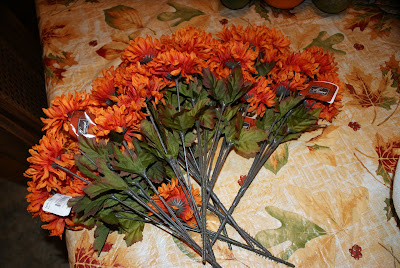 Then, using wire cutters, I cut the mums off the stems about 1 1/2"
down from the bloom. 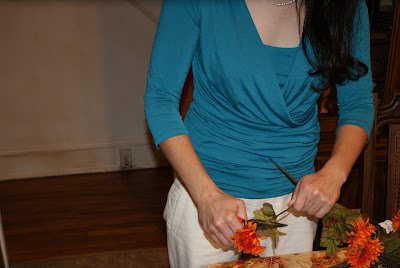 After I had clipped off all the blooms I began sticking them into the foam ball. 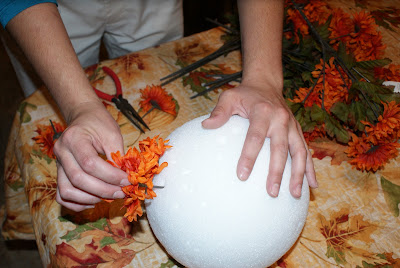 I could have used a few extra flowers so I had to be careful with spacing so none of the white foam shown through. 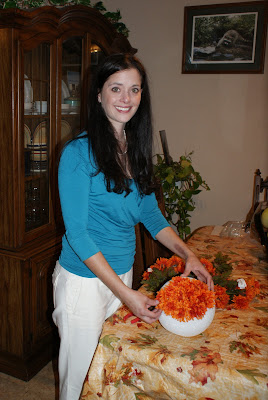 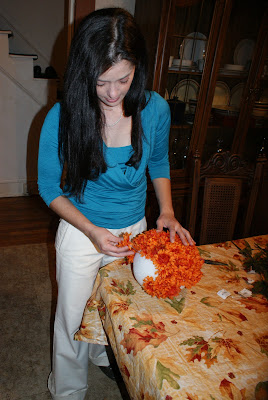 I left a small space on the top of the foam ball and went outside to find a stick I thought would make a good stem. 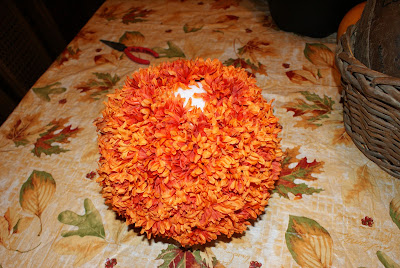 Walla!  Lying right on the back porch.  I thought about spray painting it brown but was too lazy. 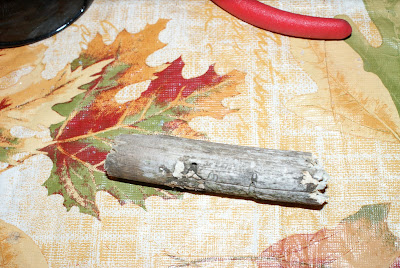 So, I just stuck it down in the space on the top of the 'mumpkin'.  Then I cut off a few of the pieces of greenery from the left over flower stems and placed them around the stem. 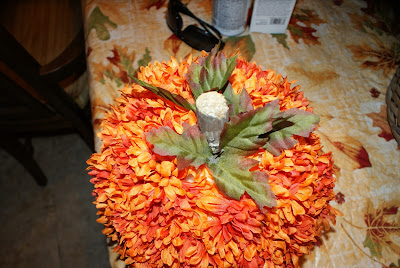 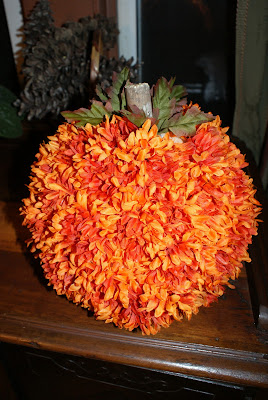 Okay, thanks Lowes for the idea.  But rather than use a REAL pumpkin and REAL mums (their estimate was it lasting around 3 days).  Mine should last for years.  And, its super cute.  Try it!  This would be a great project to do with kids as well.
I have another fun Halloween project coming up soon.  Stay tuned!
And,  don't forget to sign up for the Big G Cereal's Giveaway and the E.O. Products Giveaway AND the Dale and Thomas Popcorn Giveaway.  There is still time to win some awesome goodies and try out some new products.
Posted by Unknown at 3:19 PM

Email ThisBlogThis!Share to TwitterShare to FacebookShare to Pinterest
Labels: Crafts and Projects

I love them. What a adorable idea... I wonder what else I could cover balls with. Wait. Did that sound.... why yes, yes it did.

Love it! Off to enter your cereal giveaway. :)