The story of probably the worst hotel (actually second worst but I don't have photos from the first one) that we have ever stayed at.

My husbands grandfather passed away a few weeks ago.  He had been suffering from Emphysema for years and went into the hospital after he took a turn for the worst.  He passed away a few days later.  Family members including his wife agreed it was for the best.  I hope he is enjoying himself in Heaven and feeling no more pain.

Hubby was a pallbearer and we had to make a 3hr drive down to where they lived for the funeral.  We decided to go the night before so we wouldn't be late (like that worked, we were still late).  Having no hotel reservations we had my mom looking up some places. We pulled into the "Travelers Inn" and all I kept saying was how I wanted to swim in the pool and go relax.  Well, the pool was bone dry and there were weirdo's standing around outside everywhere.  SO, I politely drove away from the Travelers Inn.

Needing fuel for the SUV and ourselves we stopped at a local gas station (which was pretty gangsta) and got some drinks/snacks/gas.  Hubby asked a few of the patron which hotel in the area was the best.  I think either this town is hurting for a Hampton Inn or they were playing a cruel joke.

They sent us to the "Budget Inn" which was a mile or so down the road.  Looked okay from the outside.  I said "Go check the price and ask if we can see a room" meanwhile I find an awesome hotel on my phone (too bad I had been driving and couldn't search earlier).  Hubby comes back with keys in hand.  First thought..uh oh.

Upon entering we find this of course we carried our junk in with us so it was a little late and yeah, we always take a DeWalt light wherever we go: 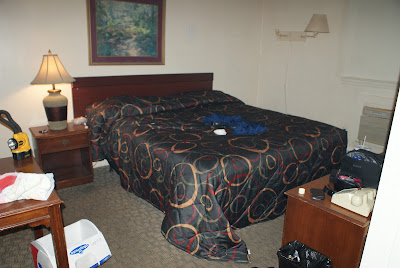 I think this was a not so hidden camera so the creepy desk people could spy on us.  Like that movie with Kate Beckinsale and whatshisname.. 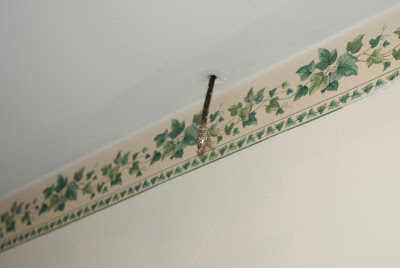 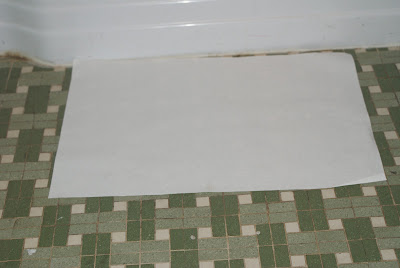 The bathroom was NASTY!  Glad we both showered before we left home! 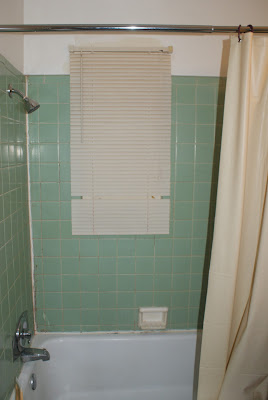 This was the A/C unit.  Glad it wasn't too hot because it only made noise. 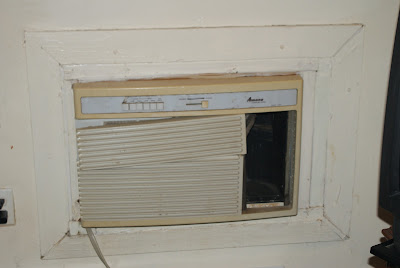 Of course the first thing I asked hubby to do was the bed/bedbug check.
Looked okay at first. 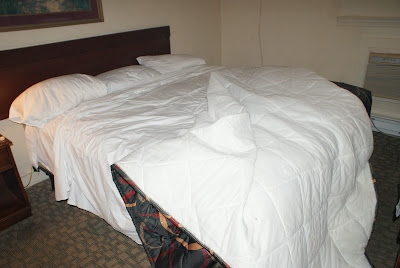 But, of course hearing the stories of how hotels never wash the comforter.  I looked closer and what did I find?  Yep, blood.  It was definitely blood. I bet if we moved the bed there was crime scene chalk. 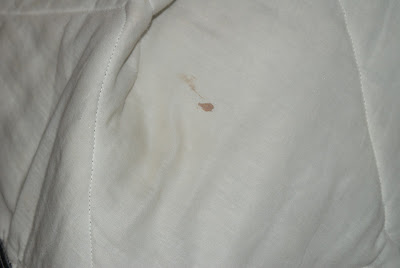 The place was just gross.  The carpet had not been vacummed or cleaned, ever.
I didn't take my shoes off and wanted to get our money back and leave to
go off to the hotel I had found earlier.
But it was late and it also was over $100 more/night. 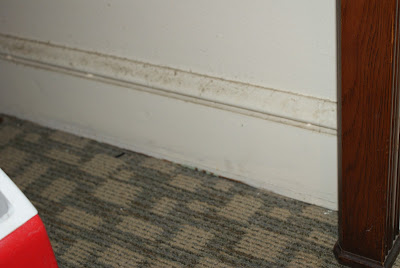 So, being the nice wife that I am, I forced hubby to go with me 2 miles down the road to Walmart and buy sleeping bags and flip flops. :)  He quickly obliged.  Now we both have some $2 camo flops and.. 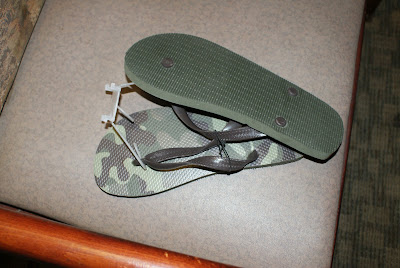 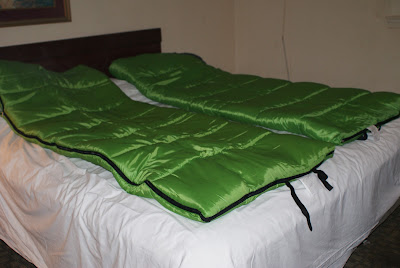 So, the $40 Budget Inn room cost more like $75 but we slept and got to spend time after the funeral with hubby's sweet grandmother the next afternoon. 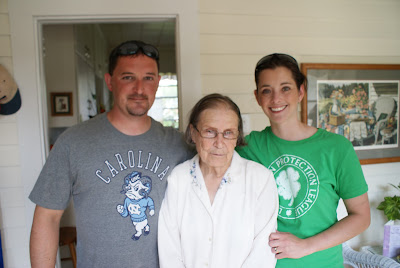 Moral: Steer clear of Budget Inn's or, ask to see the room first. ;
Posted by Unknown at 5:47 PM

Reminds me of a room me and the kids took (out of desperation) on a cross-country drive years ago. I wouldn't let them take their clothes or their shoes off and we slept on top of the covers in our coats LOL. The only bulbs in the room were what seemed like 25 watters, dim, nasty, smelly, dirty, I put toilet paper on the seat to pee. It was terrible!! We slept five hours and took off, I was so creeped out by the place. If I knew then what I know now (this was 15 years ago) I would have slept in the car instead.

Ugh, looks like a dump. Hotels kind of freak me out anyways...what with all the bed bug issues and such! Good thing you just had to stay the one night!

Wow. You're a real trooper - Angie would have made us sleep in the car for sure!!!